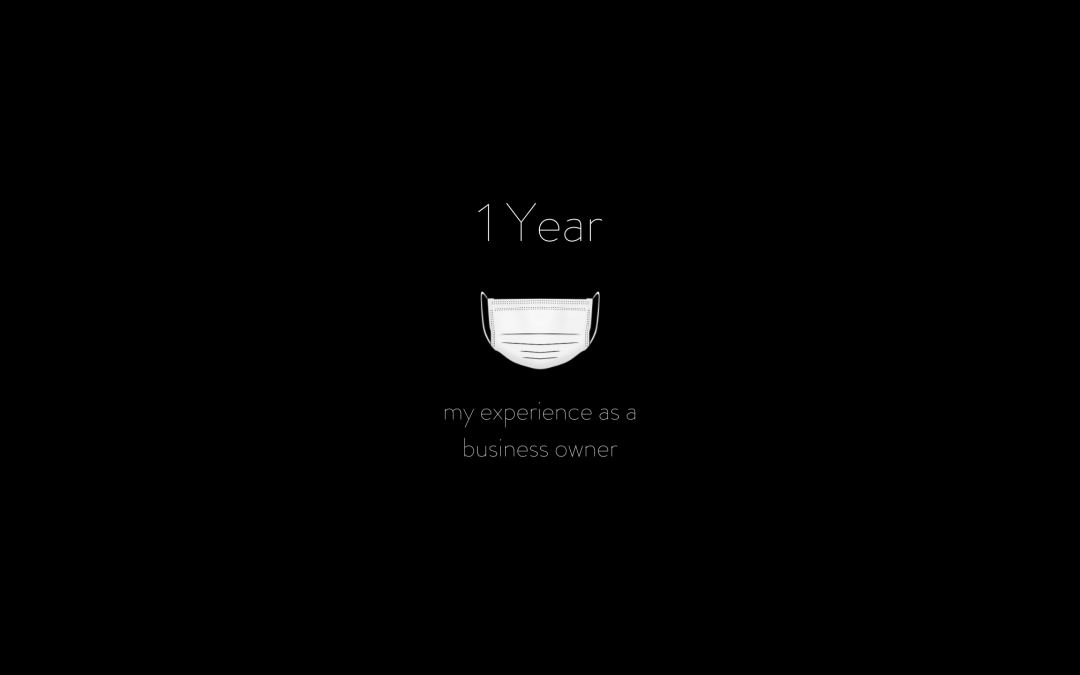 This is a sobering account of my personal experience at the start of the pandemic. I was actually scared of the one-year anniversary, and I think writing this helped me process it…  Onward and upward.

March 16th, 2020. I looked up from my computer screen and felt a cold wave pour over me. For the past four weeks our client consults had slowed to a trickle and I realized it had been over a week since we had sold anything. This was supposed to be our busiest time of year. I had hired extra staff. The realization that I might not make payroll that Friday slapped me.

The pandemic had impacted our Amazon clients first, with many of them running out of product. They had stopped running ads and jacked up the price on their remaining inventory to prevent their stock from showing zero (which algorithms penalize you for.).

Trying to stay calm and look like a leader, I called my managers into a meeting and tried to make a plan. But none of us knew anything.

As we were discussing what to do, texts were coming in about spouses being sent home, and shopping centers that were running out of toilet paper. I was trying not to panic.

I came out to our workspace where everyone was seated and suggested that everyone pack up. I was honest, that we hadn’t done a consult in days. I wasn’t sure if I could guarantee the direct deposits that Friday, so I told people I’d e-transfer them cash. I wanted to sound reassuring, but without meaning to I think my fast breathing reinforced the anxiety.

Should they keep working from home? I didn’t know.

The next few days I felt like a single mother, standing on a dark street with her kids while her house burned down. My employees kept asking me questions about what they should apply for, should they keep working, would they qualify for benefits, how did they report cash earnings, how long would this last? My clients wanted their projects back. My accountant’s phone lines were permanently busy.

I knew none of the answers. Like a mom on the street with her kids, I said it would be fine. I projected confidence. I tried to answer questions with guesses. I bargained with people to keep working.

In the early weeks, I lived two lives. One where I scraped together payments and projects to keep people working, staying positive, and pushing forward.

And another where I laid in bed in the dark, too scared to cry.

I thought of all the people who would be mad at me. Of what it would feel like to close my business. Would they take the furniture? How could I face old clients in the supermarket? How would I face an ex-husband who would know that after all the arguments and the late nights, I didn’t even make it. I could feel the blame from people who had their hours cut and the judgment of people who thought my hustling and bargaining was inappropriate and too little too late.

During this time there were a few people on my team who helped. People who kept the faith, believed in the business, and kept working or at least were supportive. My business is alive today because of them, and they carried the workload on the days that I couldn’t wake up, couldn’t be seen on camera, or couldn’t make another decision. I know that this survival isn’t just mine.

Somehow, by nickles and dimes, we held on until the government subsidies kicked in. I won’t lie, it was the first time the Canadian Government has ever cared about my business and I was happy to take that money. I used every dime of it to pay people. I kept sub-contractors on as employees and beefed up hours that I could never otherwise afford because of those subsidies. I paid my employees back and I invested in the company.

As other businesses received funding, many of them started to come back. Our consults began booking out again. Slowly we hobbled along and began to build back the clientele we had before. We learned to work from home and operate Zoom meetings. My team designed brands with kids on their lap or took breaks to homeschool for an hour at lunch. We lost people I couldn’t afford to keep and patched together projects that had been delayed by the chaos.

We are busy again. We are successful again.

I am not okay. But I am alright.

I am always scared it will happen again. That we’ll shut down so tight that business will stop. I am afraid to say no to work, I am still not sleeping properly. I am more hesitant than before to take a break or a vacation.

Even writing this left me cold and sweaty and twice I lost sight of the keys through tears. March 16th was the scariest, worst day of my life. This past year was the greatest test I have ever passed. And I don’t care if I didn’t do it right. I don’t care if you think you could have done it better. It was the hardest thing I have ever done.

This isn’t over, but one day it will be. We’ll be and old and trying to tell our grandkids what it was like to see the streets empty and toilet paper gone.

With total humility, I suggest that the businesses and companies that survive this are the New Greatest Generation. This was my Vietnam. My fellow business owners, whether you make it through or not, you are my brothers and sisters in the trenches. I know what it was like. I was there. I will never forget.

I’ll always note this day, and take a minute to remember. 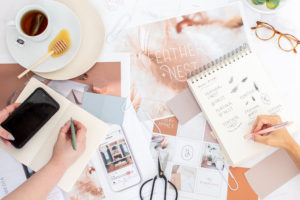 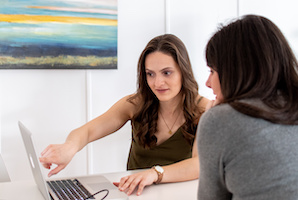 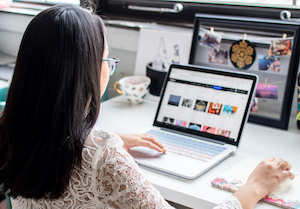 See What Else We've Been Working On... 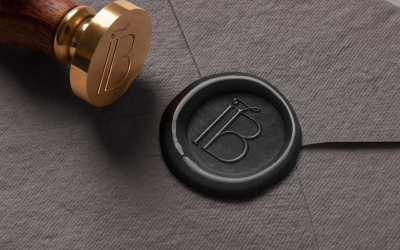 After a major life transition, interior designer Jolene became facinated by meditation and a more spiritual daily practice. She combined this personal passion with her professional expertise to create Iron Butterfly. 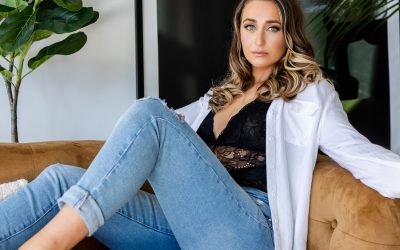 There is business strategy and a great human story behind this photoshoot for WolfDen Fitness. Some of the women in this shoot have lost more than 40 lbs, and have used this empowering day as a motivator and celebration of their hard work. But these images will also inspire others to join WolfDen’s mission… 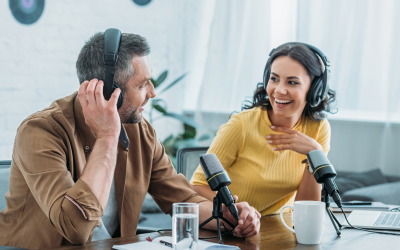 Top Podcasts We Recommend for Entrepreneurs

Entrepreneurship is a challenging but rewarding journey. One of the things that has provided me the greatest comfort when things aren't going well, is listening to other business owners sharing their stories. Hearing that I am not the "only one" experiencing certain... 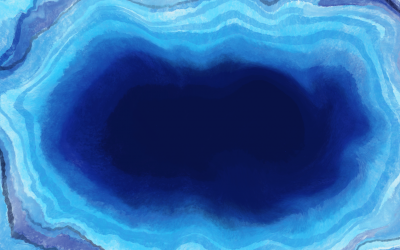 Should You Use the Colour Blue In Your Brand?

When it comes to branding, the colour blue is often associated with trust, reliability, and stability. Some of the biggest brands including IBM, Microsoft, Bank of America and Facebook use blue as their primary brand colour. What is it about this colour that makes it... 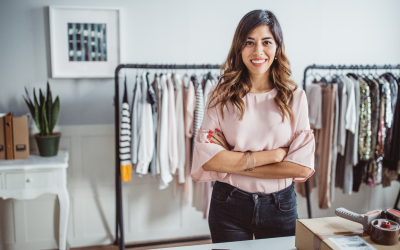 5 Shopify Plugins for your Cart Page

One of the fastest ways to increase revenue in an e-commerce business is to introduce an upsell. Luckily, if you have a Shopify website, there are countless plugins and apps that can help you do that. Here are a few of our favorites: CartHook: CartHook is an app that... 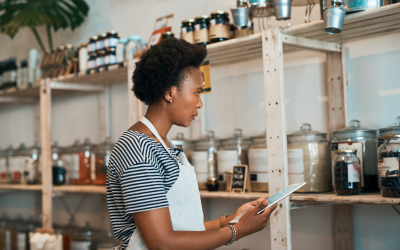 Increasing Revenue: How to Make More Per Purchase

The "easiest" way to increase revenue is to increase prices. But it's not the ONLY way that you can raise the value of a customer purchase. Here are 4 additional options to consider if you are looking for ways to make more money in 2023. Offer higher-priced options:... 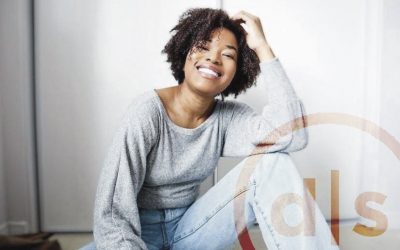 This talent agency’s empowering messaging leaves no room to be shy. So this branding project embraced a bold and unflinching attitude down to the last detail. 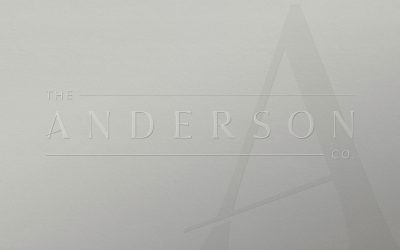 This brand is unique in the lengths they went to to compliment their brokerage’s branding. Click through to see how this subtle but impactful brand came together. 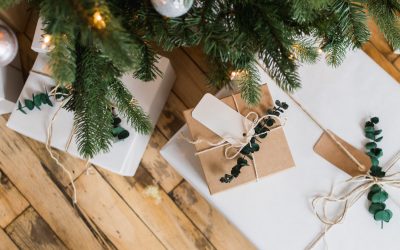 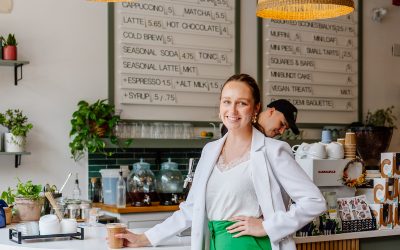 Join Our Next Collaborative Shoot

A ROMANTIC COFFEE SHOP... Our August styled shoot will be at the trendy and visually stunning ROAM Coffee in downtown Bowmanville. Join us, and through the power of collaboration, you can get an upscale, beautiful shoot for a fraction of the price! We can make this...